György GÁSPÁR’s electron series is the result of his latest theoretical research with works developed and completed over the past year.

In recent times his focus has lied on exploring the artistic, first of all the sculptural quality of the medium of glass, through challenging the genre itself and reinterpreting its experimental potentials.

The intention of GÁSPÁR’s glass objects is less illusory but rather to discover and present the mechanism of this delusory optical phenomena. By using the basic geometrical vocabulary of Op-art he is seeking the way to define illusion. Due to his deductive and analytical abstraction method he developed a very unique artistic style.

At present, determining his art we might say that GÁSPÁR creates two-dimensional transparent paintings that he places on top of each other and shapes sometimes, composing works with sculptural premises and reliefs as well. 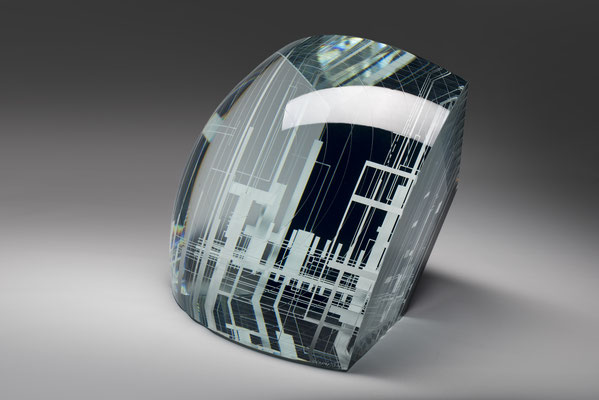 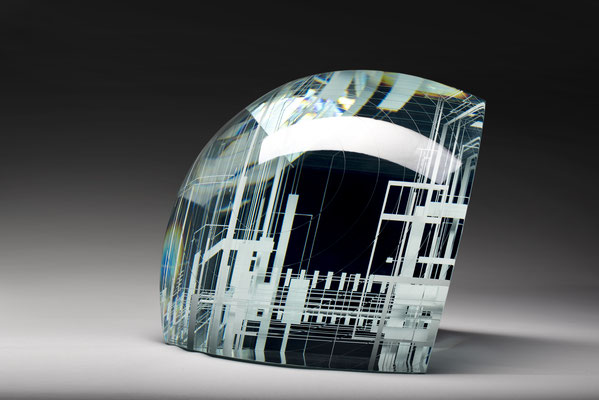 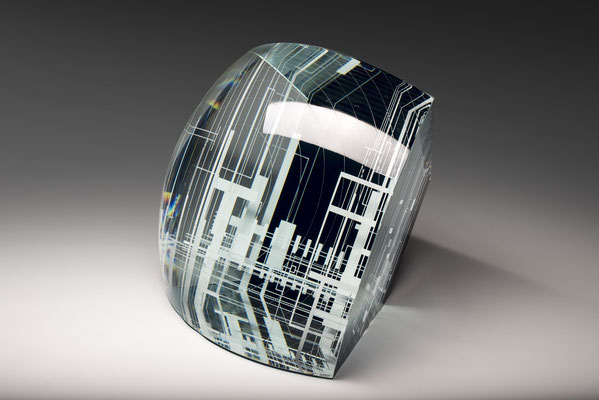 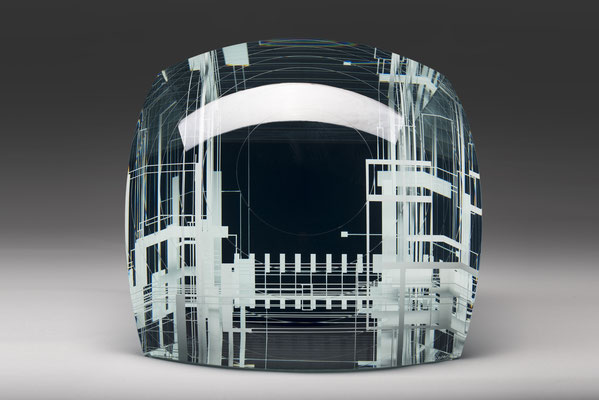 György Gáspár’s work can be connected to the deconstructive architecture, as a certain fragmenting of the sculptural forms, the mathematical system and the structural linings inside of the glass and spatial expansion of the most profound psychical experiences dominate his sculpture. His focus on deconstruction is notable in the strict contrast between the exterior form and the inner system of the sculpture which is based on an organic net created by precise geometric lines and elements. As a result, Gáspár tries to follow the duality of biomechanics and the morphology related to the Italian sculptor, Arnaldo Pomodoro. Nevertheless, Gáspár not only overthrows the traditional sculptural principles by building on architectural disciplines but by examining the borders between the picture and sculpture in using the form of classical image, for example often giving fragmenting of a television screen to his objects. His approach to paintings can be seen in underlining the significance of the neon colors, particularly in his earlier works. He builds on the relief forms as well as he creates two-dimensional transparent paintings that he places on top of each other and shapes it sometimes.  Meanwhile, the classic characteristics of the glass, its shining, imposing appearance is de-emphasized by a conscious control of the artist.

His works are literally openings for the unknown world as the inner system, visual language manually created by him can be continued four-dimensionally outside of the glass form and as a result, they can be seen as the projection of the micro-macrocosm. In his earlier activity, this content was shown in an ironical analyzation of the pop culture and the science with subject of UFO movies or science fiction literature. Nowadays, Gáspár concentrates on emphasizing the abstract geometric approach and less concrete themes that generally introduce the unique visual language and deconstructive philosophy represented by him. Overall, his art is determined by the Deconstruction by Jacques Derrida, its architectural appearance, for example in Peter Eisenman’s or Coop Himmel(b)lau’s work, by the original precise forms appeared in the French-Central-European abstract sculpture and the visual and optical game given by the op art. 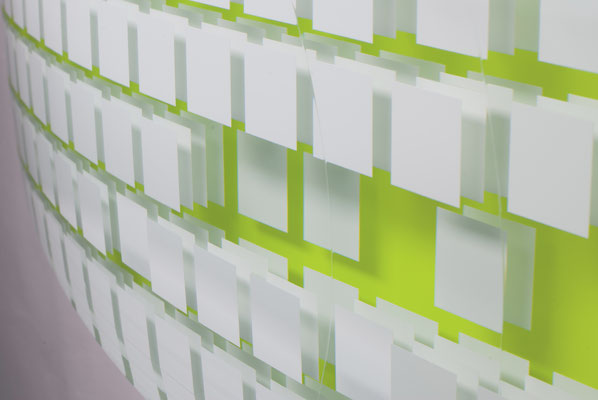 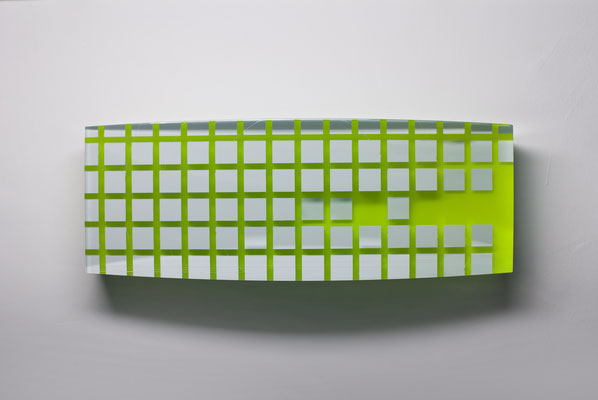 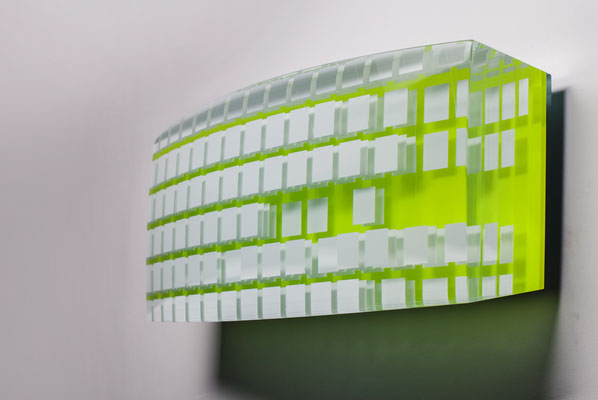 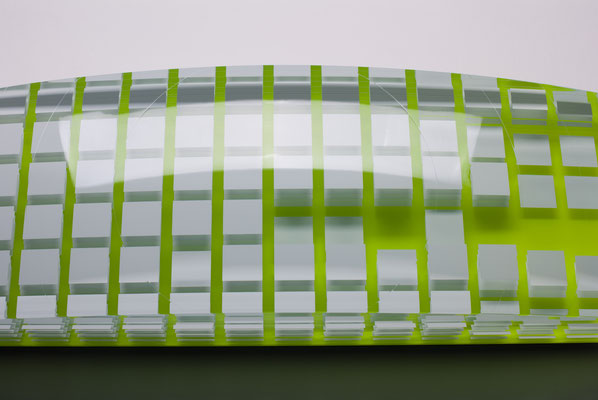 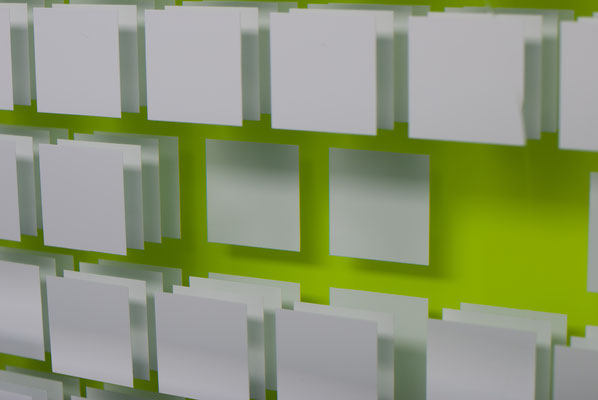 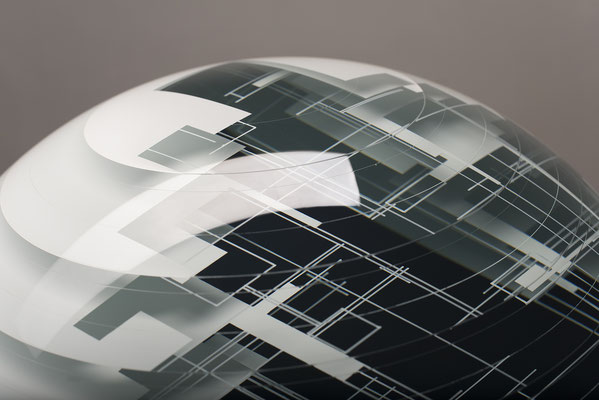 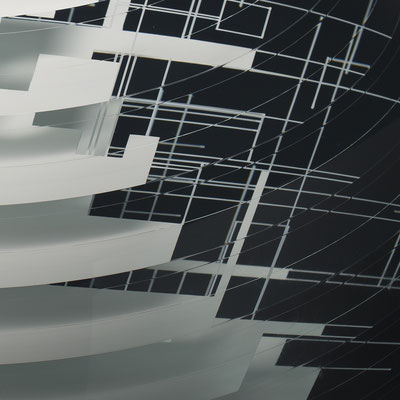 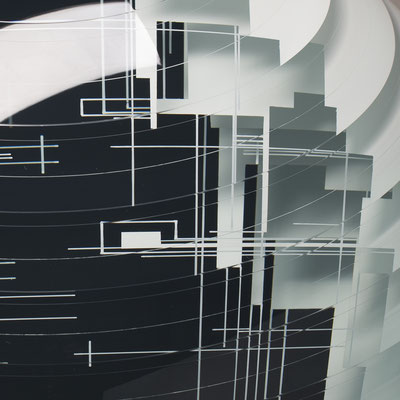 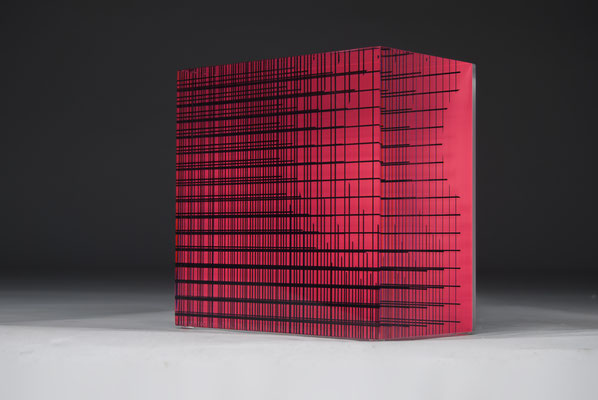 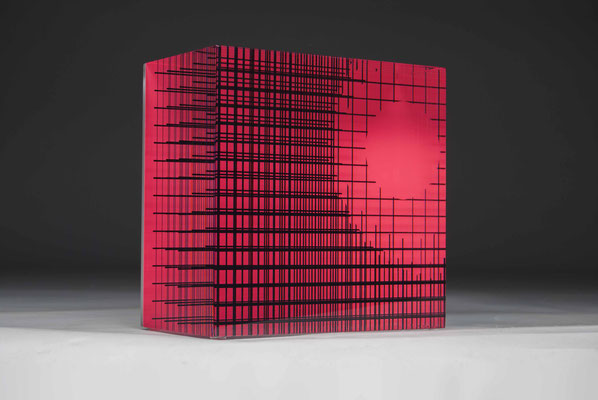 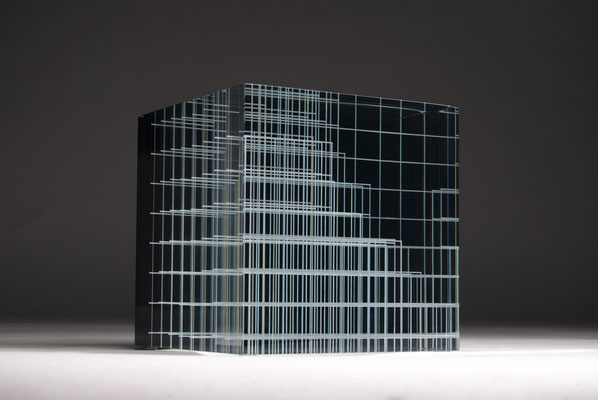 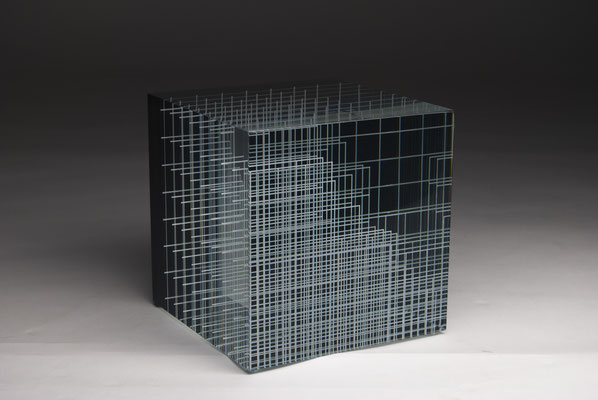 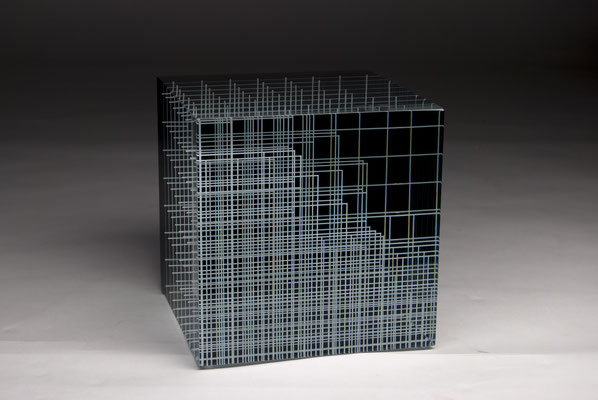 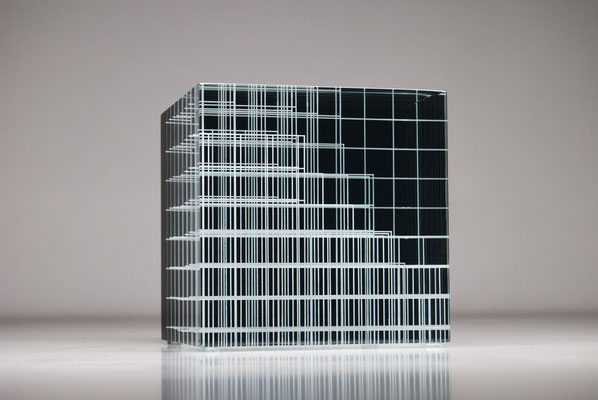 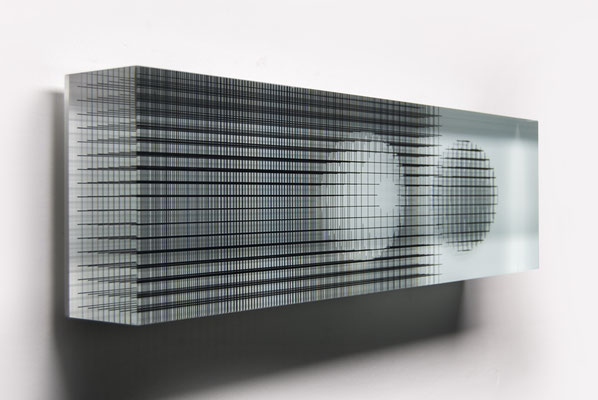 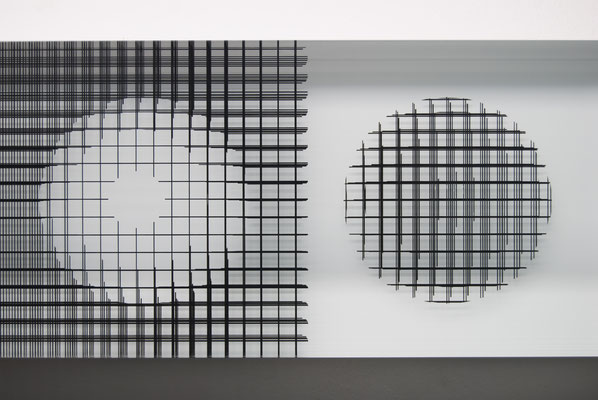 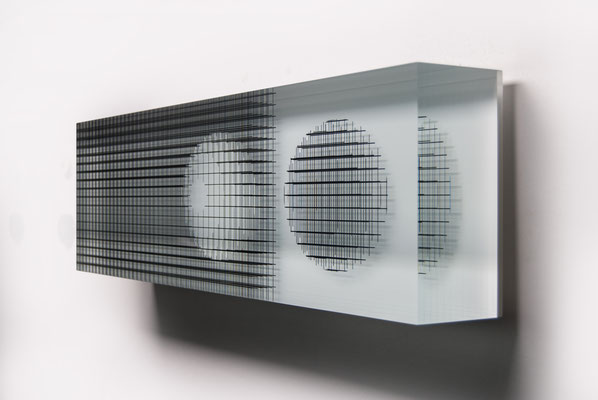 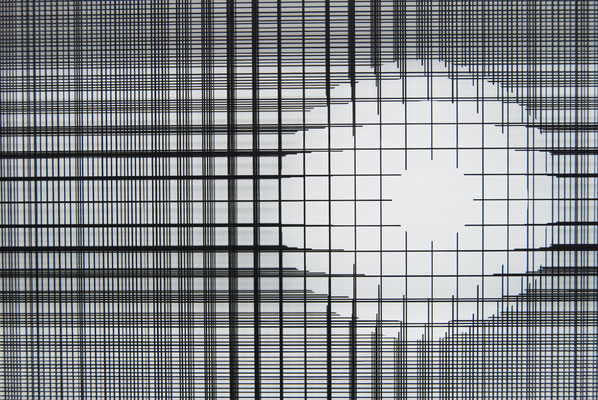 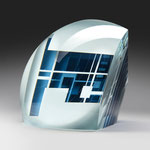 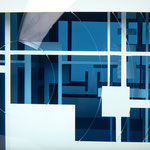 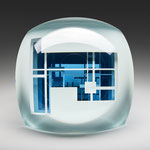 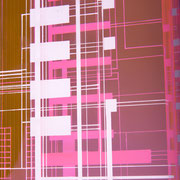 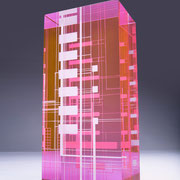 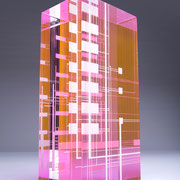 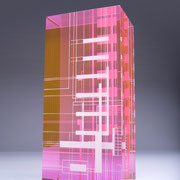 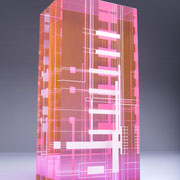